They pulled into the Mann’s Chinese Theater on horseback wearing designer pelts. Some tourists got their skulls bashed in, but they were good sports about it. Valet parking for the horses was adequate.

OK, it was actually a PBS documentary, but it’s all the same to our friends from overseas:

You can see the full episode here:

The episode was really about the domestication of the horse, proposed as a game changer in human civilization. The present day Kazakhstan Steppe tribe that accomplished this, the Botai (descended from the Ancient North Eurasian) later died out. Their horses then returned to the wild in Mongolia.

But who cares about any of that right? The latter part of the episode is all about our glorious Steppe barbarian ancestors, the Yamnaya who stole/appropriated this horse domestication technology and combined it with the wagon to ravage the Eurasian steppe, eventually propagating their Proto-Indo-European language all the way up to England and down to India.

One German fellow believes there’s no evidence for a handful of guys on horsey riding down and massacring most everyone, but all the other scientists interviewed seem to disagree. The key point is that the genetics don’t lie, with today’s Europeans having 50% and South Asians having 30% ancestry going back to the Steppe.

Overall, it’s a very good documentary. One of the best, maybe. Although I could be biased because I’m R1A. I especially like the Scandinavian scientists and their accents.

As a side note I find it very interesting also the notion that language is connected with wealth and power and people will drop their own language and adopt another one to suit these ends. In India, the Tamils and Bengalis are most anxious about the status of their language even though they have the least to worry about. In Bihar, our languages of Maithili, Magahi, and Bhojpuri (which descend from the language of ancients, Gautam Buddha and the Emporer Ashok) have in 2 generations largely been replaced by Hindi (which  contrary to those maps out there, was not ever vastly the language of the average man on the street in North/Central India, but really the dialect of small region around New Delhi): 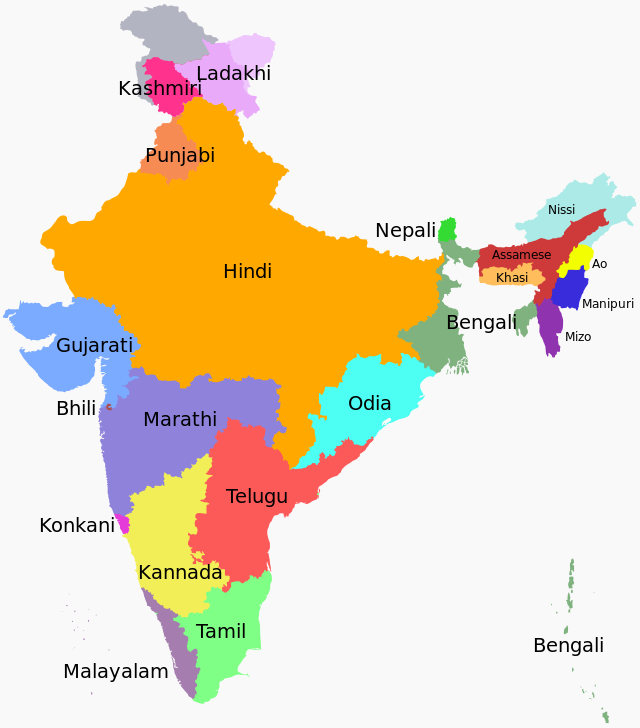 But because it’s associated language Urdu had status in the Mughal empire, there were people in positions of power or influence everywhere who knew Hindi/Urdu. Supposedly Bihar was the first state to adopt Hindi as its official language in post-independence India, even though at the time it wasn’t the language of 99% of the people in the state.