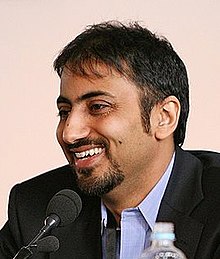 We chat with American Enterprise Institute’s Sadanand Dhume (who also writes for the Wall Street Journal) about Konkani Brahmins, Hindutva, Ram Mandir, Babri Masjid, Indian culture wars and anything else that comes up.

From Dr Hamid Hussain. Dr Hamid is what might be described as a “secular” or “liberal” Muslim. These are his personal thoughts on the Ram Mandir judgement.

Someone had sent me excerpts of Spinoza’s God a day before the Indian supreme court verdict.  I was pondering over those words when I was asked about my comments.  Following was the result and all credit goes to Spinoza.

“If you are desirous of obtaining a great name, of becoming the founder of a sect or establishment, be completely mad; but be sure that your madness corresponds with the turn and temper of your age.  Have in your madness reason enough to guide your extravagances, and to not forget to be excessively opinionated and obstinate.  It is certainly possible that you may get hanged; but if you escape hanging, you will have altars erected to you”.   Voltaire (1698-1778)

“The toughest kind of forgiveness is self-forgiveness and the road that leads to it is a lonely one but is also where mad meets the divine”.  (1)

On November 09, 2019, Indian Supreme Court announced its judgment about the long standing dispute between Hindus and Muslims about a religious site in Ayodhya. Muslims claim that a mosque has been at this place since sixteenth century.  Hindus claim that it was built on the site of a Hindu temple.  The place has been locked since 1949 for fear of threat to public order.  On 06 December 1992, a Hindu mob demolished the mosque resulting in riots that resulted in death of over 2000 people.  After a three decades court battle, court awarded the site to Hindus to build a temple explaining that the sixteenth century mosque was built on the ruins of a Hindu temple. END_OF_DOCUMENT_TOKEN_TO_BE_REPLACED