I am an aspiring stand up comic (‘aspiring’ the operative word here). I was attracted to quick-witted, slapstick comedy while I was at an all-male boarding school in Pakistan. Since I was not physically strong enough to compete with the big boys, I had to use my tongue as an asset/weapon. I grew up watching mild-mannered comedies in Urdu on Pakistani television. It wasn’t until the late 2000s that I discovered ‘Seinfeld’ as a syndicated show on an Indian TV Channel. I had started watching ‘The Daily Show ‘ with Jon Stewart almost at the same time, through pirated websites (broadband internet was a late arrival in our household). There was no broader culture of stand up comedy in Pakistan, except a few souls with western education who were briefly on the scene in the early-to-mid 2000s (Sami Shah, Saad Haroon, etc.), mostly clustered in Karachi (which was as culturally far away for me as New York City). I used whatever avenues I could to write humor. I wrote parodies and mockeries in Urdu, first in boarding school, then in med school. Urdu has produced some great humorists (Ibne-Insha, Patras Bokhari, Khalid Akhtar, to name a few), but written humor is different than performative comedy. The only parallel I could find was in stage dramas that were mostly, if not entirely, produced in Punjab and consisted of varying degrees of ‘jugat baazi,’ which is pure slapstick comedy. It can consist of monologues or a back and forth between two men (and it is almost always men) who take turns to insult each other. While it is quite entertaining, it is most often misogynistic and hinges upon common tropes.

The TV show ‘Hasb-e-Haal’ ushered in a new era of political comedy in Pakistan. Before that, there was ‘Hum Sab Umeed Se Hain’ (literal meaning: we are all hopeful; a double entendre since ‘umeed se hain’  can mean hopeful or pregnant), which consisted of parodies of major political figures. Hasb-e-Haal had regular news and humorous analysis of that news by Azizi, a character played by veteran stage actor, Suhail Ahmed. The show was competing against completely serious political shows and shot to popularity in the late 2000s/early 2010s. Soon after that, there was a deluge of TV shows offering political comedy, in varying degrees of success. There was no ‘Saturday Night Live’ analog that poked irreverent fun at every possible institution in the society. Noone could criticize the judiciary, the military (and its proxies), or the ‘Two-Nation Theory’ (TNT).  I remember watching a stage show that was quite popular in 2013-14, written by Anwar Maqsood (famous playwright), in Lahore. It was a miniature, middle-class, sanitized version of the nightly news shows. The state of humor in Pakistan was bleak, a nation taking itself too seriously and too afraid to laugh at ourselves. I actually wrote a parody show that was educational at the same time as it was humorous, in 2012, which was filmed by a friend but did not make it to the screen, partially because it was my first experience writing in that format. 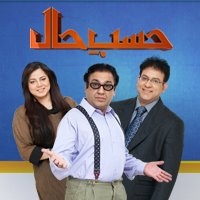 Recently, there have been some positive developments like Aurat Naak, an all-female comedy troupe, and satire sections in newspapers (dearly-departed/banned Khabaristan Times and The Dependant, both of which I contributed to). However, satire in English newspapers and blogs has its limitations: Very few people in Pakistan read English papers regularly. A few years ago, Nadeem Farooq Paracha (cultural critic for Dawn and one of my early heroes) wrote a blog for Dawn.com that portrayed Malala Yousafzai as a polish agent planted in Pakistan (there were enough hints in the piece for it being a satire column/blog). The article was soon shared by people who took is as gospel truth, and some local newspapers even published Urdu translation of that piece as evidence that it was proof of Malala being a fake (a common enough conspiracy theory in Pakistan). Dawn had to label the piece as Satire at the front and bottom of the page as a response. A year or two later, when I submitted a satire piece to Dawn, I was told to ‘tone it down a bit’ in light of the Malala story. In Pakistan, there is a very fine line between humor and absurd reality, and as a writer, I was often treading that line, veering from one side to another.

It is not as if Pakistan does not have people who are funny and can poke fun at the ‘holy cows.’ I know dozens of people who do that in private frequently but cannot, for their safety, say those things in public. There is no First Amendment guaranteeing free speech rights in Pakistan. ,’ 19 of the constitution explicitly identifies the holy cows (military, judiciary, TNT) and prohibits speech against that. Adding to this fuel is the firepower possessed by Pakistan’s right-wing media and loudspeaker power wielded by molvis who can commandeer people to form a mob against anyone at the drop of a hat. A few years ago, a fellow journalist and friend wrote an article about the ‘homosexual question’ in Islam on a popular Urdu website. A week later, Orya Maqbool Jan, former civil servant, and lifelong windbag dedicated a whole TV show to that one article and targetted that Urdu website. A case of hate speech was filed against him with Pakistan’s Electronic Media Regulatory Authority (PEMRA). For his hearing, Orya brought a bunch of goon (including lawyers, molvis and other members of a for-hire mob) and disrupted the hearing. Nothing ever came out of that hate speech case.

When I moved to the US in 2017, I had the opportunity to see stand up comedy myself. I went to a place in Miami that had bi-monthly comedy shows and to a place in Fort Lauderdale that had an open-mic. I wrote some material myself, which I performed in front of a group of friends but never on stage. In Houston, I went to an open-mic and was going to perform my set, but I was supposed to be on stage around 11 pm, which is way past my bed time, and I had friends in the audience who had to go to work the next day. In Washington DC, I went to a show titled ‘Black Side of the Moon’ in December 2016. It was a combination of monologues and sketch comedy by an all-black cast. The most memorable moment in the show was when a white volunteer who came on stage was given the ‘Full African American Experience’, including being sold at a slave market, denial of place in a sports team despite his qualifications, and being shot dead by a black policeman. It was probably my first exposure to live, politically conscious comedy. A Pakistani version would have Ahmadis or Baloch people mocking the majority Sunni population or Punjabi elite. That show is not going to happen any time soon.

Sadly, the only Pakistani import to the US in terms of stand up comedy (Kumail Nanjiani) is a good actor but a subpar stand up comic. His film ‘The Big Sick’ was an amalgamation of stereotypes and some mildly emotional scenes. He does quite well in the HBO TV show ‘Silicon Valley’ and was admittedly quite good in the movie ‘Stuber’. Many of his Karachi acquintances are on the record saying how he fabricated things about his life in Pakistan (you can google that).

I was in Chicago recently and saw a show at the famed Second City theatre titled ‘Do you believe in Madness?’. It was a powerful sketch show with a diverse cast and ranging in topics from Abortion to Impeachment, global warming , Brexit and including a song with names of all the people who have left the current white house (sung to the tune of Billy Joel’s ‘We didn’t start the fire’). It was like watching SNL but better. This is my long-winded way to say that the satte of comedy in the US, is strong, and long may it continue!

I am a medical doctor by profession, specializing in Pathology. I have been writing about Pakistan's political history and Islamism since 2011. I was the Assistant Editor for Pakistani blogzine, Pak Tea House for a couple of years. I have written for various Pakistani publications (both Urdu and English) since. My writings can be accessed at 1. https://nation.com.pk/Columnist/abdul-majeed-abid 2. https://dailytimes.com.pk/writer/abdul-majeed-abid/ 3. http://www.thefridaytimes.com/tft/author/abdul-majeed-abid/ 4.https://www.dawn.com/authors/500/abdul-majeed-abid View all posts by AbdulMajeed Abid

One thought on “The role of Comedy in our age”