We speak to Jahanara, a Cambridge student who has extensive experience with the Delhi education system and who happens to be an Indian Muslim. 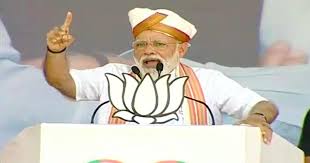 I’m joined by MJ & LV (this is part 2 of Episode 38; I plan to do part 3 with Kushal of Carvaka) as we discuss the ramifications for India; it was a balanced podcast in the sense I felt that we respected all viewpoints and respectfully disagreed but enjoyed listening to one another.

As I alluded to in yesterday’s post; Jahanara is the “ideal Indian Muslim” by Indian standards. I don’t want to delve into her life details, to protect her privacy, but I can’t think of a prouder or more assimilated Indian. But it seems to me that her “Muslimness” is now almost being foisted on her; making her an incidental Muslim.

I get from the podcast that Indian Muslims, who are a multiplicity, are increasingly becoming a minority who have to prove their “Indianess.”

But listen to the podcast and make your own views. I did take LV & MJ to task for their “Hindu privilege”; a bit like white privilege, it’s so invisible in India that once can take it for granted.

I also called LV a Left-Liberal Hindu, her Hinduism isn’t necessarily important to her, but becomes an issue when she feels it’s being hijacked by Rightist forces.

So it was an interesting back and forth and as always I try to keep my views fluid so that the podcast can reflect the right balance of views. I did point out that Modi, in terms of his personal austerity and immense work ethic, is an enviable leader. He has no progeny to leave office to and no dynastic politics at work; he is all about the country. Incidentally Imran may be the same as I can’t see any of his three children succeeding him in terms of PTI.

I also feel that if India is heading towards the same type of governance as Pakistan (God forbid) then the idea that Hinduism is somehow manifestly superior to Islam is a bit weak. I do sense Indians want to keep the tagline of secular, liberal democracy but with overtly Hindu characteristics, which is fine albeit majoritarian.

MJ, as per usual, is off to good and great things; giving a speech today on Brexit and Dharma with Hindo Sengupta.

We would definitely appreciate more positive reviews. Many of you listen to us, but don’t leave any reviews!

48 thoughts on “Browncast Ep 41: An Indian Muslim on Maharajah Modi”