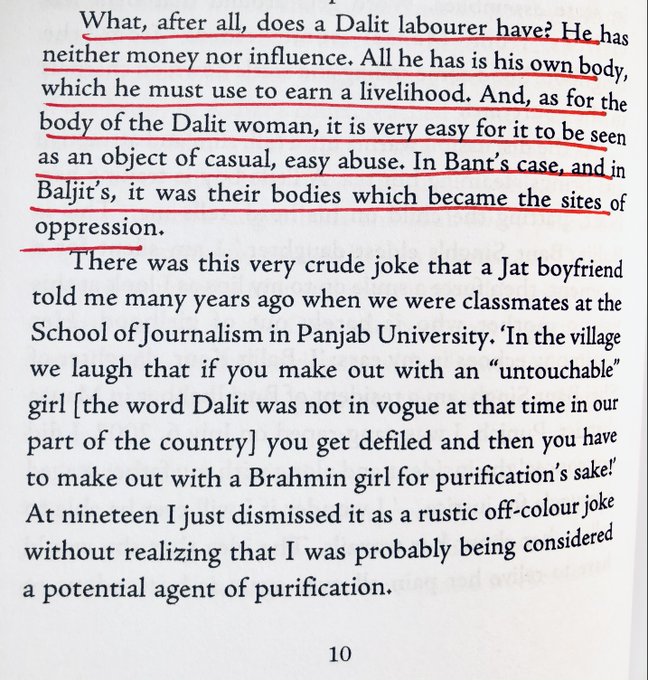 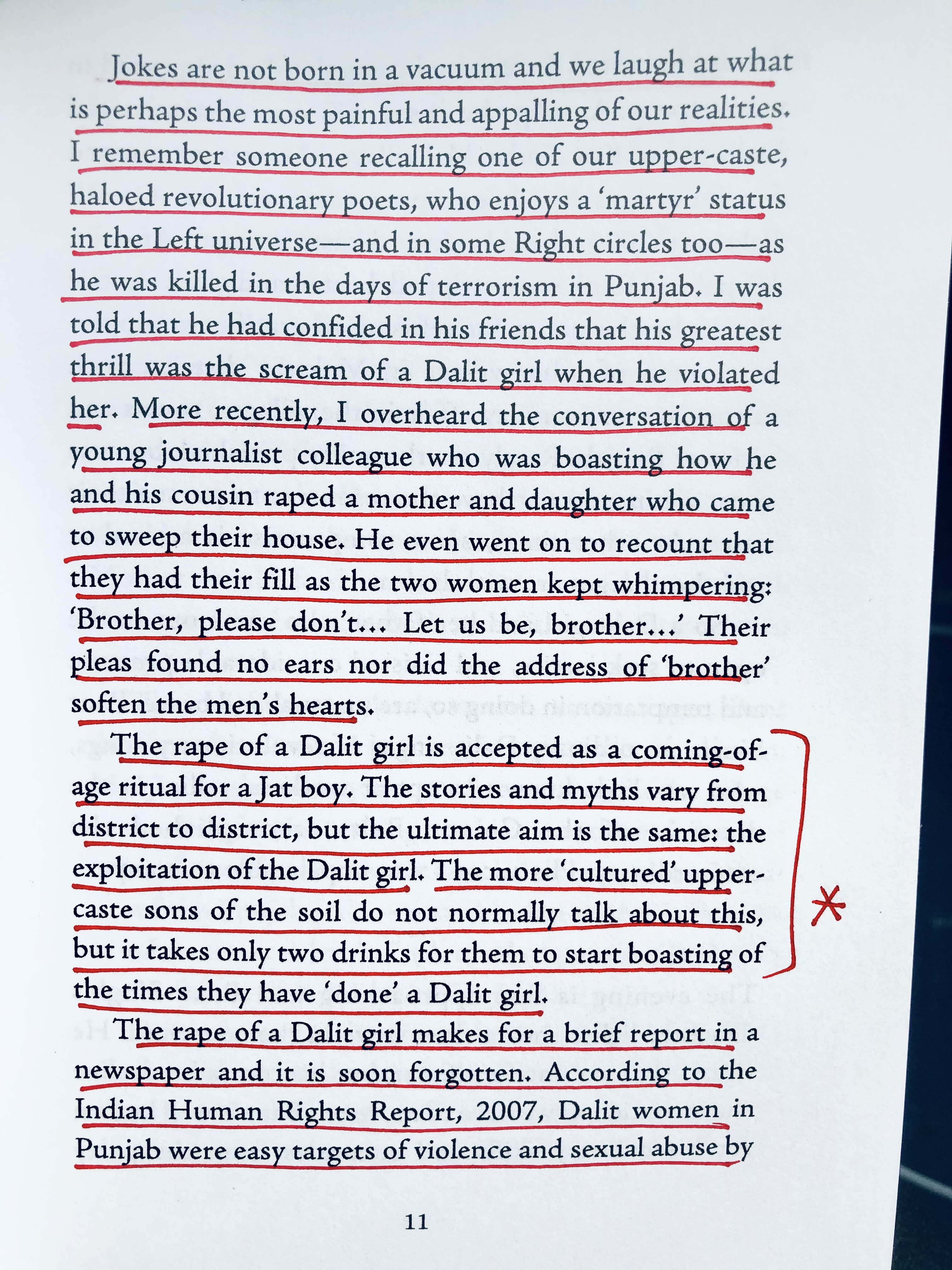 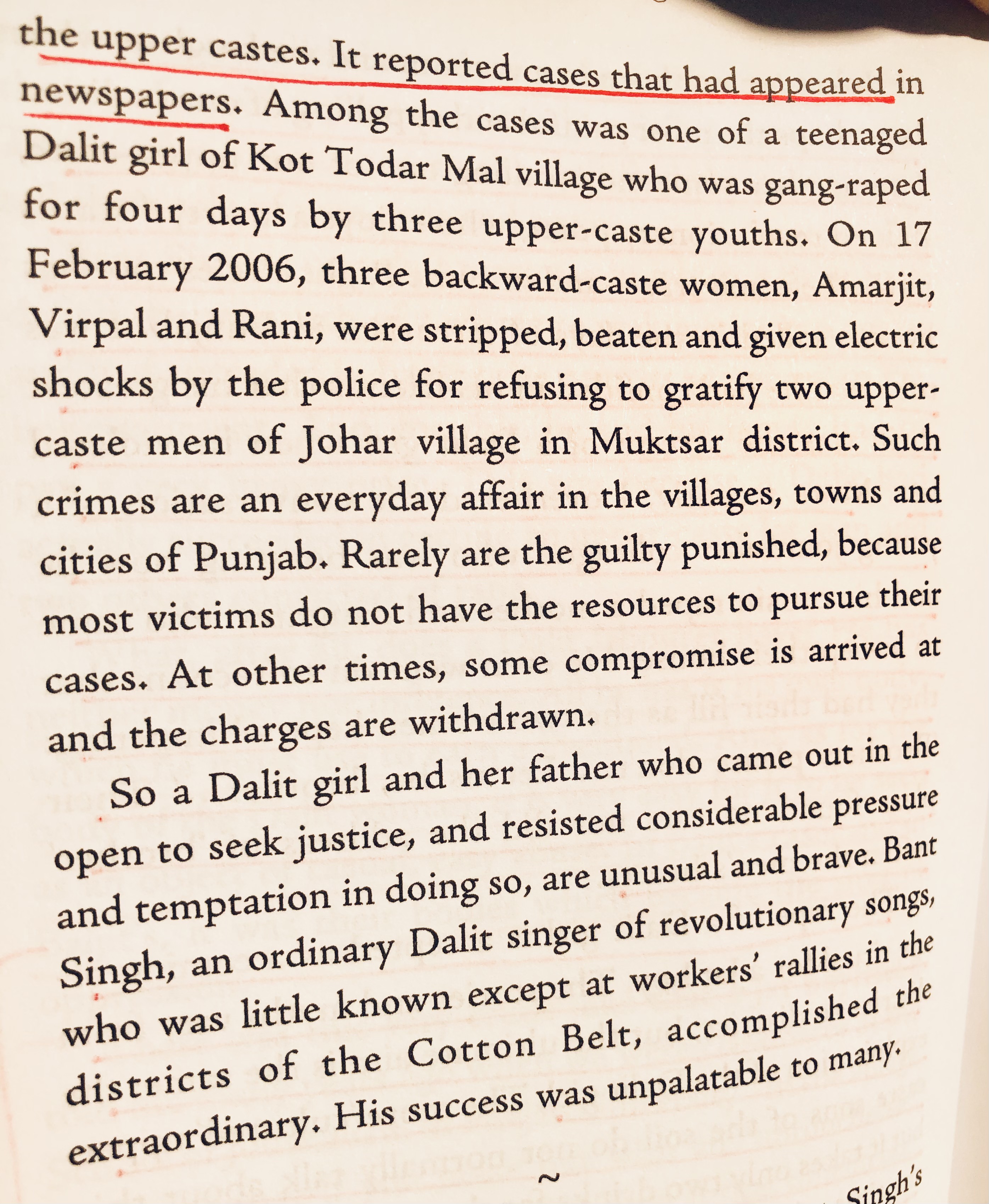 Maybe Sikhs will restore balance to India. Maybe this is their task in history… https://t.co/0nVh1pznTr

The original tweet I was quoting is about the arrest of a Sikh leader who had gone to express solidarity (and serve tea) with the Shaheen Bagh protesters. I know nothing about him and have no idea if he is a Khalistani or a leftist or just a random guy who wanted to be nice to the protesters, so my tweet was not about him, but what was it about then? Several friends asked me this question (and others jumped in with their own theories, as expected on twitter), so i thought i would write a quick post to try and explain my quip.. END_OF_DOCUMENT_TOKEN_TO_BE_REPLACED

My father, Nadir Ali, writes short stories and poetry in Punjabi. He is in his mid-eighties now and has been writing his autobiography in Punjabi and my sister translated a segment that deals with his memories of partition. He was a little over 11 years old at that time. My grandfather was a lawyer in Gujrat city. There are more stories from that time that I hope we can translate at some point. For example, my grandfather rescued some Hindu/Sikh women who had been kidnapped by the rioters and my father was the go-between who was young enough to go into the women’s quarters during those negotiations; I hope to get that story written down someday.
Anyway, my grandfather never really reconciled with partition. He wrote to his Hindu friend Hari Singh regularly until 1965 and I  remember hearing that he once lamented in a letter to his friend (they both wrote in Urdu) “what a tragedy and a travesty that you, who are more Muslim than me, are in India, and I, who am more Hindu than you, am in Pakistan”. He would also use Indian time (30 minutes ahead of Pakistan standard time) as his own “standard time” for decades after partition.

The following is a review sent in by Major Agha Humayun Amin (retd). As usual, Major Amin is sometimes, shall we say, harsh, but his knowledge of this subject is encyclopedic and always worth reading..

My first association with works of Professor Tan Tai Yong started in 2000 when he wrote an article that as per his own admission forms the basis of this book.

Although Professor Yong seemed at that time in 2000 to be a well meaning scholar,there were serious basic flaws in his research.

I wrote a letter to the Journal of Military History at that time in 2000 which that journal , keeping in line with its tradition of intellectual dishonesty, did not publish, citing lame excuses about lack of space. That letter is appended at the end of this review, so that the reader may have an idea about what was the basis of my criticism.

The West is in the habit of accepting so called scholars like Professor Yong as experts on Indo Pak history. So Journal of Military History of USA was merely following this strange tradition.

When I read this book under review in 2018 some 18 years after my initial critique I was disappointed to find that Professor Yong had not improved his knowledge , although most the faults he has committed in this book were entirely avoidable.

The first issue is regarding why the British started preferred Punjab and Frontier for the army recruitment.

First the assertion that it was only by the 1880s that the British started favoring soldiers from Punjab is wrong.

The hard facts of the situation are that some 90 % of the pre 1857 Bengal Army recruited from UP and Bihar had rebelled or disbanded in 1857 and an entirely new army was created, composed mostly of set of regiments raised in Punjab (frontier being its part) in 1857-58.

While Lord Roberts pronouncements can be credited as “ Martial Races Theory” a clear shift in British recruitment policy favouring Punjab over UP and Bihar had been initiated in 1857-58.

Peel Commission of 1858-59 had clearly laid the basis of this policy. Thus the “Peel Commission” constituted after 1857 to study and analyse the future composition of the Indian Army recommended that the native army should be composed of different nationalities and castes, and as a general rule mixed promiscuously through each regiment! Such system had existed in the Madras and Bombay armies but these were much smaller as compared to the Bengal Army. However, India was now viewed in terms of loyal and disloyal.

Professor Yong , if I am to understand this book , simply denies the existence of the British loyalist Syed Ahmad Khans landmark work “Causes of Indian Mutiny” written in 1859 and republished as an Indian translation in 1873.

This pamphlet which suggested formation of class regiments did have immense impact on British thinking and pre-dates Robert who only came into prominence after 1885.

Lord Canning’s views about the policy of “Divide and Rule” expressed in 1857 are thought provoking; Canning thus said in a letter dated 9 October 1857:’ “the men who fought against us at Delhi were of both creeds; probably in equal numbers. If we destroy or desecrate Mussulman Mosques or Brahman Temples we do exactly what is wanting to band the two antagonist races against ourselves…..as we must rule 150 million of people by a handful (more or less small) number of Englishmen, let us do it in the manner best calculated to leave them divided (as in religion and national feeling as they already are) and to inspire them with the greatest possible awe of our power .

“All exclusion of Mahomeddan, Rajpoots or even of Brahmans should be a matter of management rather than of rule; and indeed that it will be right to take an opportunity, though not just yet, to show by an exception here and there, that the rule does not exist. It is desirable that no class should feel that it had henceforward nothing to expect from the government”

END_OF_DOCUMENT_TOKEN_TO_BE_REPLACED

Punjabi Genetic Variation In 1000 Genomes: Hindu Caste In The Land Of The Pure?.

I don’t know much about caste in Punjab (Pakistan) at all. But there’s a lot of genetic structure in this Lahore sample (these are people who claim their parents are Punjabis).