Multiculturalism with Chinese characteristics…China’s war on terror becomes a war on conservative Islam.

Not that I am anti-Chinese. I am also a fan of China. Actually I am a fan of everyone. Why not? In our Indian culture we never got too worked up about faraway places anyway, which I think is eminently sensible. and with the current civlizational crisis in the Islamicate world, much worse may happen in less Chinese countries.

But while I can sort of let it go, I dont think the Paknationalist dream of a Chinese-Islamic partnership with Pakistan as China’s Muslim enforcer will get away unscathed. I assume they will try to put all of this in the catergory of “American propaganda”, but some of it does seem to be true. That could become an issue.

“China’s campaign against separatism and terrorism in its mainly Muslim west has now become an all-out war on conservative Islam, residents here say.

Throughout Ramadan,police intensified a campaign of house-to-house searches, looking for books or clothing that betray “conservative” religious belief among the region’s ethnic Uighurs: women wearing veils were widely detained, and many young men arrested on the slightest pretext, residents say. Students and civil servants were forced to eat instead of fasting, and work or attend classes instead of attending Friday prayers…

btw, those thinking I am joking about the paknationalist dream have not met Pakistani Nationalists of the senior army officer type… See Zaid Hamid  for details (paid generously for his efforts by the ISI, as reported by his own ex-accountant). Its a load of crap, but that doesnt mean it doesnt have believers….

And meanwhile, the bombs go off.  At least three explosions have been reported in China’s Xinjiang province, killing two people and injuring several more, Chinese state media has said. 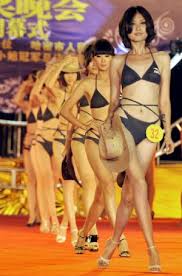