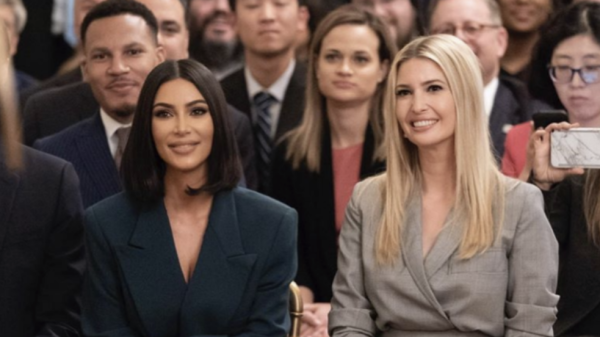 I just find them smart, successful and substantial women who are making a global impact. It’s also a fact that women have traditionally gotten ahead through sex appeal and nepotism, after all Britain’s Greatest Monarchy (up for discussion), Elizabeth the 1st inherited the throne from her half-sister.

So it’s nice to under-represented people taking centre stage. Also I have seen a clip where Kim K talks about the lack of representation for people like her (Middle Easterners, she actually said that) so I’m much more sanguine about the Kimono controversy.

To my mind it’s about a lot of deracinated Japanese people, who have white lives and values, getting their time to shine. It’s not lost on me that I do the same a fair bit but then I’m the first to acknowledge my hypocrisy.

However I just don’t see Kim K as a Social Justice Warrior so she’s just who she is. I’m fine with people being as they are and not claiming some superior moral mandate (I do the same thing alot of the time but then I rarely get overly worked up, I like to constantly test my opinions).

A few of my social justice liberal white friends are now taking issue with me because I’m admiring Donald Trump. Let me get this clear, I do not like the man (nor do I like Boris Johnson) and would not want to have dinner with him (well obviously I would since I’d overwhelmed by the star power but it’s a figure of speech). However I enjoy his fresh take on things and how he stands up to the US military-industrial complex.

What I find vexing about my white SJW friends is that they don’t really show contrition. They will poems about coloured people, boast about their super-power (being middle class white people but as soon as you deviate from the orthodox they bare their teeth and claws.

I would think they would allow People of Colour, who were oppressed a century ago, to emerge as the thought leaders of the New Moral Order. But as we see with the fledgling LGBT+ and Environmental movements, these are ways for White Liberals to “take back power.”

The ultimate contradiction of the White Liberal view is that they have to be the “silent followers* to offset centuries of their ancestor’s oppression. To atone, by their own standards, they should be the faceless volunteers being led by loud and vocal Coloured People.

They’re absolutely not willing to do that and hence all their vitriol and outrage has a moral conundrum. They still want themselves and their kin to lead the show.

It would be a better world if we constantly acknowledged that our positions are not pristine. I live by one axiom and one axiom alone (to paraphrase Hari Seldon, the Zeroeth Law); “Life, alone, is Sacred.”

Everything else is up for debate and that’s why I proudly call myself a Social Justice Ghazi with profoundly Tory instincts. I do believe in calling out privilege but rather asking those who do have privilege to exercise noblesse oblige.

It would lead to a better reality check than a white man writing poems about the oppression of a black woman by Chinese racism.

It’s sad that the word Jihad and Itijhad have been so misappropriated that we can’t even use it in common parlance (unless we want to see Butlerian Jihad).